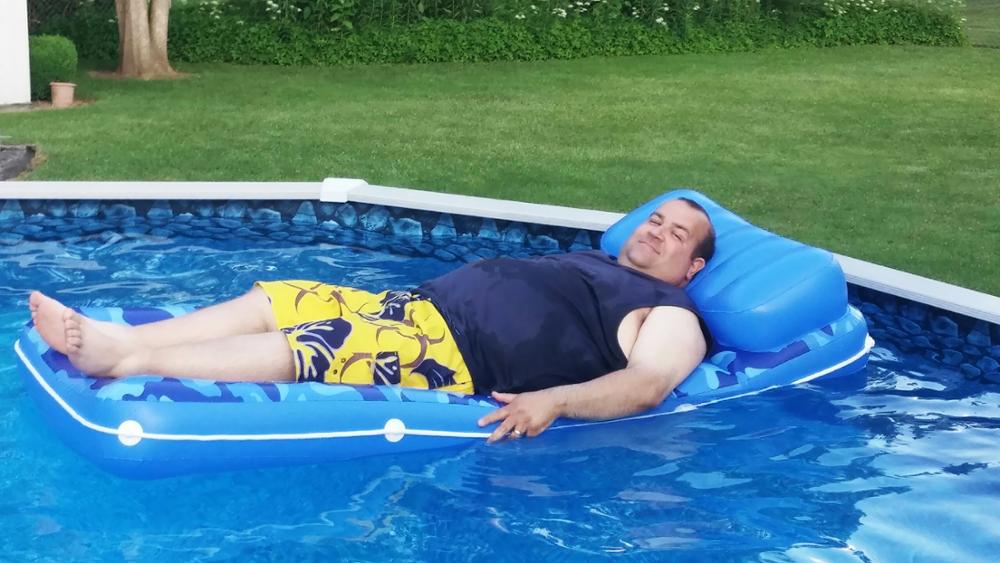 From the time I was a little boy I was known as a “People Person.” Being one of the youngest families on our street, I was known to wander from home to home helping neighbors with chores or just visiting as most of them had children who had grown up and moved out of their homes. They would pay me, or feed me as I shoveled their walk or cut their lawn or simply just sat in their living room and chatted. It would only take a few phone calls for my mom to find out where I was. As I grew older, my people skills grew and would eventually be the main reason I became a funeral director.

I met the Perotto family when I was in the 3rd grade as they had just built a new funeral home in the neighborhood and had enrolled their sons, Michael & David in Most Precious Blood School. It was a close-knit neighborhood community and you quickly became friends with everyone in the parish. Those friendships continue today 40 years later. As the years passed by and I spent more time at the Perotto home (They lived above the funeral home), I was able to see Phillip Perotto and Peter Giullari in their environment as they helped families through their toughest times. I never thought about being a funeral director, but I did start to help out by working calling hours, driving the limousine or whatever they asked me to do as a way to earn a little extra money.

After college and a few jobs later, I found myself in need of a job, and the Perottos found they needed someone to join their team who would treat the funeral home just as they do and shared their values of funeral service. Phil and Mike sat me down and said they thought my people skills would be a good fit for their home and wanted to know if I felt that funeral care was something I would be interested in being a part of. My role with them grew and they shared with me what I would need to do to go in this direction. After a few months, we mutually agreed that being a funeral director was the right path for me and I enrolled in mortuary school. That was 25 years ago this month. I have now been with the Perottos longer than any non-family member in the company’s 95 years in existence. My role evolved from driving limo to today being the Director of Staff and Operations.  I can honestly say that after all these years, I am satisfied with my decision and although being a funeral director means many personal sacrifices by me and my family, there have been far more rewarding moments that make me proud that to be a funeral director.

On another note, personally I have always been a huge sports fan, I played baseball, basketball and bowled as a kid. I tried my hand at golf and softball in my early adult years. Since childhood, I remain a loyal New York Yankees and Giants fan and watch games as often as possible. I also enjoy fishing but I don’t spend as much time doing this, as my number 1 passion is being at whatever sporting events my children are playing in. Since my oldest daughter Hannah started playing basketball in the 3rd grade and my wife Ellen began coaching her, we have spent most of our nights in a gym either watching practice or a game. We enjoyed going to watch any game at any level.  When my younger daughter Sarah started playing basketball, Ellen would coach both teams which put us in the gym even more. Sarah also took up soccer and softball and that’s where I began to help coach. Many times I would be on the sidelines or coaching first base in a suit, having come straight from work.  I enjoy being at everything that they are a part of and watching them move on from high school and college, taking on more of their own interests.

As a youngster I spent many nights at Silver Stadium cheering on the Red Wings with my family. Today I enjoy games at Frontier Field when Sarah does not have games of her own. There is nothing better than a night at the ball park taking in all the sights and sounds and enjoying the beautiful summer weather. I also enjoy spending the summer in my “Cabana,” (our screened in garage), or our pool, either swimming, floating or just sitting on the deck.

When we vacation, my family’s favorite spot is on Myrtle Beach. Being a creature of habit, I like to stay in the same ocean front condo every time we go. It is a beautiful and peaceful spot in Myrtle Beach away from the busy commercial area. I enjoy going to a baseball game out there when the team is in town.  My family would prefer to mix it up a little and try different places, a concept that I will have to open my mind to. Those who know me best, know that this will be a challenge as I am a big fan of being in my chair (In the garage in the summer, and in the family room in winter) when I am not working or at an event.

This might be the year to start trying new adventures as I reach a milestone in my life and turn 50 in just a couple weeks. One thing is for sure, after 25 years of hard work and sacrifice I want to start taking more time to see what else is out there to enjoy for my family and I.