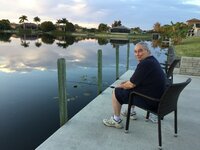 Robert (Bobby) Schuth, 65, died peacefully in his sleep on September 5, 2021. Over the past 13 years, Bobby endured many severe health issues. During the most difficult times, he never lost his great sense of humor or wit. If you ever asked how he was doing, he replied “Pretty good for someone past my expiration date.” Bobby was predeceased by his mother and father, Mary and Joseph Schuth, and his brothers Joseph and Tim. He is survived by his devoted wife    Kathy; children, Jessica (Matt) Legere, Kristen (Mike) Somers, Josh Reese (Shauna) and grandchildren, Nicole, Addison, Haley, Caroline, and Owen. He is also survived by his brothers and sisters, Jack (Judy), Mike (Mary Pat), Patty (Bruce) Hartman, Karen Davis, Tom (Tina), and Peggy and many nieces, nephews, and wonderful friends.

Bobby grew up in Norristown, PA and moved to Spencerport right before his senior year in high school. He spent his life raising his two beautiful daughters and “cutting grass” at Salmon Creek Country Club. When he wasn’t working, he enjoyed time with his family and friends, fishing, helping others, eating pizza, busting balls, making up stories, and causing trouble wherever he went.

After being diagnosed with interstitial lung disease and pulmonary fibrosis, he received a double lung transplant at the Cleveland Clinic. The transplant allowed him to spend more time living, loving, and making memories. The “bonus” of many medical issues gave him the opportunity to find hospitals in every city he visited and make many wonderful friends along the way.

Once the grandchildren came along, they had him wrapped around their little fingers. While spending time with them, he taught them any inappropriate things he could. He was the happiest when he was with them.

Bobby asked that you think of him by remembering his calls, visits, meetings, get-togethers – and to give a toast To Life – his and yours. At his request, there will be no calling hours or funeral mass. In his honor, donations may be made to the Ronald McDonald House Charities. To give others the gift of the life, like the one he received and for which he was so grateful, please consider becoming an organ donor.

Family and close friends will gather for a private celebration of life event.