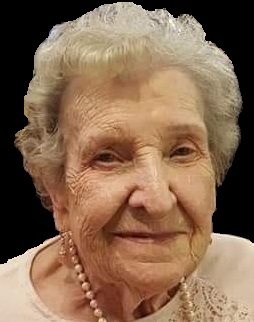 She was the loving daughter of John and Bessie (Coleman) Corwin.

She is predeceased by her parents, John and Bessie Corwin, her three sisters, Thelma Corwin, Elizabeth (Betty) Selner, Ruth Snyder as well as her three brothers, Howard, Richard and Frank Corwin.

Marian was a member of the Ladies’ Auxiliary at the Harvey C. Noone American Legion Post 954 for 60 years.

Share Your Memory of
Marian
Upload Your Memory View All Memories
Be the first to upload a memory!
Share A Memory
Send Flowers