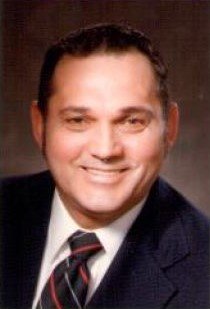 Spencerport: September 9, 2019, at age 85. Pre-deceased by his wife of 51 years, Joyce T. Burlingham. He is survived by his daughters, Lynn Burlingham and Lori Burlingham; Grandson, Dale (Jessica) VanVorst. Richard is an Army Veteran and served in the Korean War.  He is a Kodak retiree.

In lieu of flowers, donations may be made to American Diabetes Association, 160 Allens Creek Rd, Rochester, NY, 14618, in Richard’s memory.

Richard Burlingham was born on January 3, 1934 to Marion in Rochester, New York; he was an only child.  Richard enjoyed playing baseball where he played 2nd & 3rd base and played basketball as a guard. His Military service as a Korean Veteran was in the Army as a Radio Operator-Morse Code, basic training was in Fort Riley, Kansas. Richard spent 18 months in Erlangen, Germany.

Richard went to RIT and earned an AAS in Production Management, went to be employed by Eastman Kodak.  He has 2 daughters, Lynn & Lori, was a widower, until he married Joyce, who he met at Kodak.

One of Richard's favorite vacations is when he went out West for a month-long trip with their friends, Jack & Barbara Wentz.  Rich and Joyce were members of a card club with their neighbors and was an avid reader.

His favorite sports teams were the New York Giants football team and the St. Louis Cardinals baseball team. His favorite movie was American in Paris, and his favorite band was Stan Kenton Band.

Richard was described as a wise guy and very outgoing and always had a positive attitude. He will be missed by all who knew him.

To send flowers to the family or plant a tree in memory of Richard Burlingham, please visit Tribute Store
Thursday
12
September