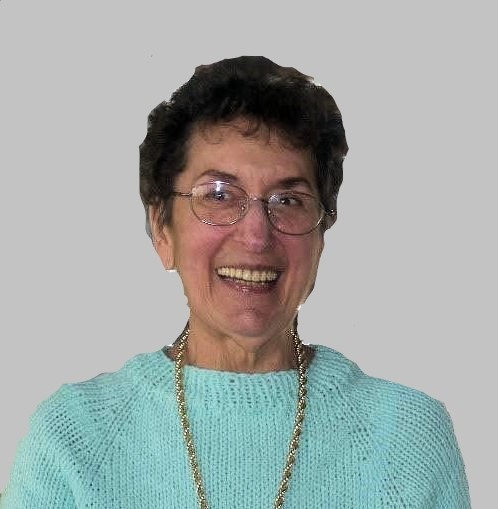 Cynthia June Traczyk was born in Vineland, NJ on April 20th, 1937.  She spent her childhood years in Mt. Morris, NY next to Letchworth State Park. She grew up with her mother Josephine and brother Robert. They were surrounded by extended family members, aunts, uncles and cousins, all of whom formed enduring, life-long relationships.  As a graduate of Mt. Morris High School, class of 1954, Cynthia was an excellent student and aspiring singer. She earned a scholarship to the Eastman School of Music, which she attended for one year.  Cynthia spent the rest of her college years at Pratt Institute in New York City, where she met her first husband, Demetrios Caloritis. They were married in 1958 and gave birth to one son, John Caloritis in 1959.  After raising her son, Cynthia finished her degree from Pratt in Dietary Food Science.

Demetrios, Cynthia and John lived in Brooklyn, NY until 1972 when Cynthia moved back upstate with John.  Cynthia and Demetrios separated and were ultimately divorced.  They lived in Castile, NY near Cynthia’s family again, where she bought a small house and began working while John attended high school.  While working for the Wyoming County Office for the Aging, Cynthia met Harold Ecker on a business trip.  They were ultimately married and she moved to Harold’s home in Barker, NY.

Cynthia and Harold had a long, loving relationship lasting more than 20 years during which they continued to raise Harold’s son, Scott Ecker.  They also spent significant time with Harold’s daughter Lana LaForest and family.  They were active in the local community, attending the West Somerset Baptist church, and as members of the Lion’s Club.  Family continued to be a priority for Cynthia, as the distance to Niagara County did not prevent her from visiting family members in and around western NY.  After Scott left for college, Cynthia’s mother, Josephine, moved in with her and Harold, where Josephine would spend the rest of her life.  Harold passed away in 2002, leaving Cynthia and Josephine together in Barker.

In 2005, as a member of the Hess Road Wesleyan Church, Cynthia was introduced to her third husband, Anthony “Corky” Schultz, also a widower.  They were married in 2006 and lived together in Cynthia’s home in Barker.  Josephine remained part of their lives until her passing in 2007.  Cynthia and Corky had many happy years visiting with loved ones and becoming closer with one another’s friends and families.  Anthony passed away in 2015, leading Cynthia to move to Rochester, NY to be closer to her son John and his family.

As a member of her new community in North Chili, NY, Cynthia joined Ogden Presbyterian Church with John and family, and was active with friends from her apartment complex.   During these years, Cynthia was reacquainted with her lifelong passion of knitting and crocheting, and remained an avid reader.  She was a cat lover her entire life, and adopted her beloved pet Willie.

Cynthia lived a very happy life, always optimistic and never complaining.  Her personality and positive outlook were a joy to be around.  She passed away peacefully surrounded by family, friends and loved ones on Monday, February 24th, 2020.  May she rest in God’s loving arms forever.

Share Your Memory of
Cynthia
Upload Your Memory View All Memories
Be the first to upload a memory!
Share A Memory
Send Flowers