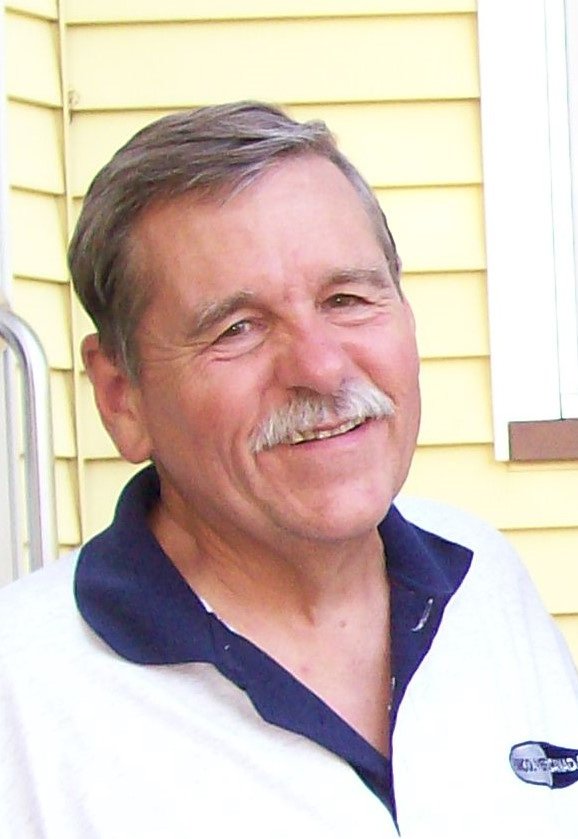 David Raymond Wight, 71 years old, of North Chili, passed peacefully at home on March 16, 2020, after a five-year battle with ALS.

He will be sadly missed by his wife of 51 years, Colleen Charlsen Wight, sons Jeffrey (Sarah) Wight and Bradley Wight, grandchildren Vera and Jasper, his sister Patti Wight Bulavinetz of Phoenix, two sisters-in-law in Penn Yan, Edna Reiners and Marilyn Oswald, and many nieces, nephews, cousins and his canine companion, Tess.

He is reunited in the afterlife with his parents, Gerald and Irene Wight formerly of Spencerport and Silver Lake, where David spent many summers boating and roller skating.

A graduate of SUNY Oswego where he and Colleen met early in freshman year, David was employed as a teacher, well driller, and sheet metal fabricator.  He had an engineer’s mind with craftsman’s hands, and he was always willing to offer help to those who needed it.  Between working and raising kids, he built one cabin, rebuilt another, and amassed an impressive collection of broken weed whackers and chain saws.

He was an avid outdoorsman who enjoyed spending time in the Adirondack and Southern Tier woods whether it was hunting, snowmobiling or collecting firewood.  He will be missed dearly by friends he has made along the way: his life-long hunting friends, those in the Adirondacks and the newest friends found in the local ALS community.

No services are planned at this time though a celebration of life will be held at a later date.

Memorial contributions may be made to: