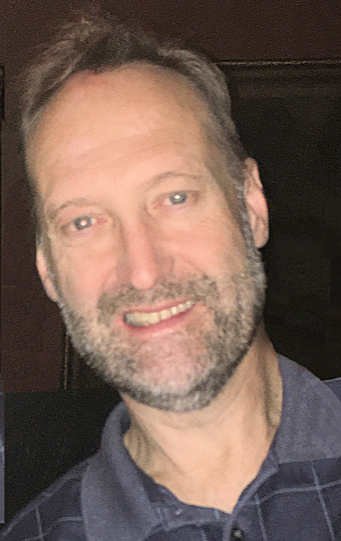 He is survived by his wife Christine, daughter Claire, and son Jack; his brother, Barry Makowski, wonderful nieces, and a terrific nephew.

Ted was born and raised in Rochester, NY. His parents Warren and Linda Jo Makowski called Greece their home, where they raised Ted and Barry amongst great neighbors and friends.

Ted settled in Spencerport to raise his family and grew to love the surrounding community.

He followed in his father’s footsteps and made his career in printing and graphic arts. He found his work family at Canfield & Tack, with great co-workers, happy memories, and wonderful friendships.

The best times of his life were spent with his children, making forts, building igloos, and escorting them on every amusement park ride they wanted to go on regardless of his own fear. He cherished the times spent camping and loved accompanying them on Cub Scout and sports outings. He loved repairing anything that needed fixing for them.

He will be missed.  A private mass to be determined.

Ted's visiation will be held on Thursday, June 25th from 3-7 at the funeral home, 15 West Ave., Spencerport   Click here to reserve a visitation time with Ted's family

Share Your Memory of
Ted
Upload Your Memory View All Memories
Be the first to upload a memory!
Share A Memory
Send Flowers