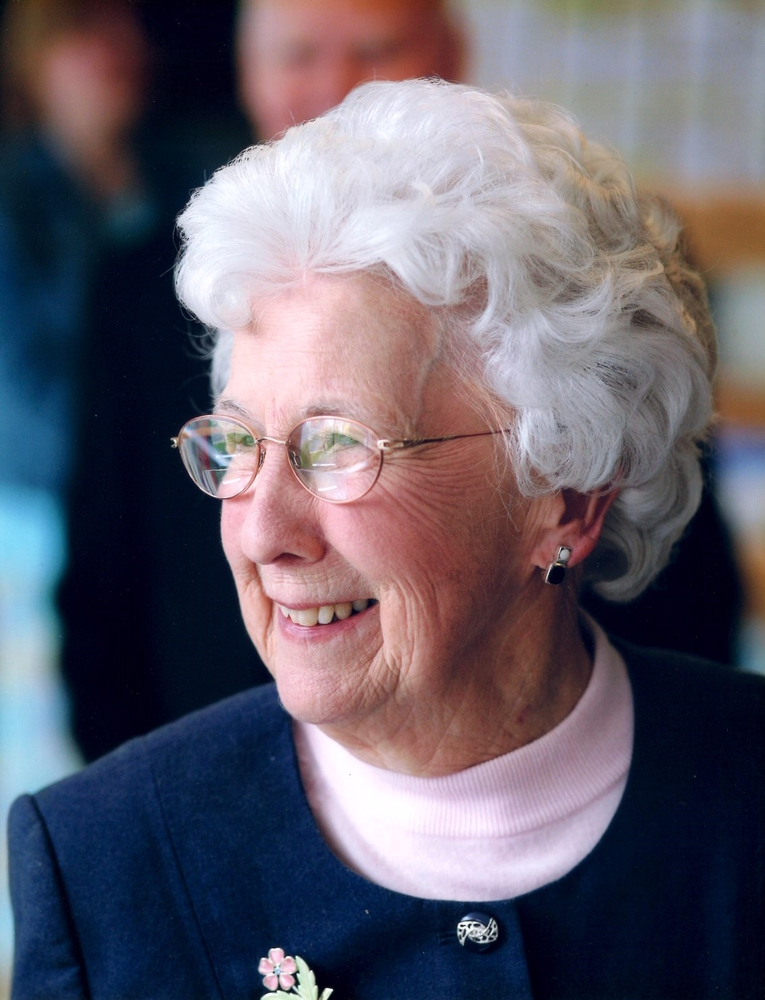 Obituary of Vivian B. Baptista

Born on April 20, 1927, she entered a loving, Christ-centered family.  Her growing up years were spent on the small family farm near Port Byron, New York in the company of her parents Ernest and Rachel Campbell and her siblings Ruth, Joyce, Edward, and Sandra.

She entered college at the age of sixteen, attending Chesbro Seminary and then finishing at Houghton College.  After a year of teaching, she married David E. Robbins and together they had two daughters, Barbara and Jane.

Vivian and David came to North Chili in 1961.  She taught English and later became the middle school librarian for the Gates Chili School District until her retirement.

The first year of her retirement she enrolled in a year-long course to become a certified Braillist and, after earning her certificate, spent hours, days, and weeks transcribing textbooks for blind students, including geometry textbooks.  When she and Dave built a home in Waxhaw, NC, she continued transcribing there while Dave volunteered with Wycliffe Bible Translators at their JAARS center.  They divided their time between New York and North Carolina for many years.

After Dave’s death in 2001, Vivian continued to winter in North Carolina and summer in North Chili where she kept a large vegetable garden and cultivated flowers, sharing her vegetables and love of gardening with neighbors and family.

While in Waxhaw after being widowed, she met Jim Baptista and a wonderful friendship between them blossomed into a second marriage for each of them in 2010.  Jim and Vivian split their time between states for several more years but eventually settled in Waxhaw year round.

In 2018 they moved to Houghton, NY to be near both of Vivian’s daughters and began living in an apartment in daughter Jane’s home where Barbara and Jane shared in looking after their needs until August 2019.

At that time Jim and Vivian returned to North Chili together to live at Rochester Presbyterian Home’s memory care facility at Cottage Grove and from where Vivian has gone peacefully to be with her Lord and Savior.

Vivian was a loving daughter, sibling, mother, grandmother, great grandmother, spouse, and friend.  She was generous and sacrificially supportive, caring and compassionate, positive in her outlook, courageous in the face of sorrow or trials, and a model of Christ-like qualities to her family and caregivers.  She will be dearly missed, but here is our confidence:

But our citizenship is in heaven. And we eagerly await a Savior from there, the Lord Jesus Christ, who, by the power that enables him to bring everything under his control, will transform our lowly bodies so that they will be like his glorious body.

In lieu of flowers, we would encourage you to make a contribution in her memory to one of the following organizations she supported throughout her life:

Share Your Memory of
Vivian
Upload Your Memory View All Memories
Be the first to upload a memory!
Share A Memory
Send Flowers