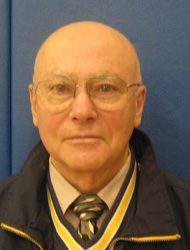 Bob was a graduate of Aquinas Institute.  After graduation, he joined the Navy and served on the USS Boston. When his service years ended, he returned to work at Wegmans and retired after 42 years. Then volunteering became Bob’s passion. He spent 20+ years at the Spencerport Schools, working with the wrestling and football programs and earned the nickname, “Pops”. A monument bearing his name is in a special place at the Spencerport School’s football field. Bob will always be remembered for the special person that he was.

He will live in our hearts forever. A private service was held at St. John the Evangelist Church.

Share Your Memory of
Robert
Upload Your Memory View All Memories
Be the first to upload a memory!