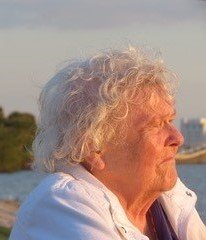 Obituary of Edith A. Barton

Edith Barton, age 88, passed away peacefully January 26, 2021surrounded by her loving family, and is now safely home in heaven with her Lord and Saviour. She was born December 27, 1932 in Rochester, New York to Jurjen and Alice Hoomans.  She grew up on Westside Dr. in North Chili and attended Churchville Chili where she was an avid cheerleader.  She married Robert (Bob) Barton in May of 1954 who preceded her in death in 2010. She was predeceased by her brother, Jurjen Hoomans, in 2019.  Edith was a devoted wife, mother, grandmother, sister, and friend.

Edith loved her Lord and Saviour Jesus Christ, and this love was extended to all who knew her, as well as those whom she met for the first time.  Her life was a living example of 2 Corinthians 5:20 — “Now then, we are ambassadors for Christ, as though God were pleading through us: we implore you on Christ’s behalf, be reconciled to God.”  Edith truly was an ambassador for Christ.

Visitation will be Sunday January 31st from 1:00 to 4:00 pm at the funeral home, 15 West Ave. Spencerport. Edith's Funeral Mass will be on Monday, February 1st at 1:00 pm at Calvary Chapel of the West Side, 2407 S.Union St. Spencerport.  Interment at Fairfield Cemetery following her mass.

Click here to reserve a visitation time with Edith's family

Share Your Memory of
Edith
Upload Your Memory View All Memories
Be the first to upload a memory!
Share A Memory
Send Flowers