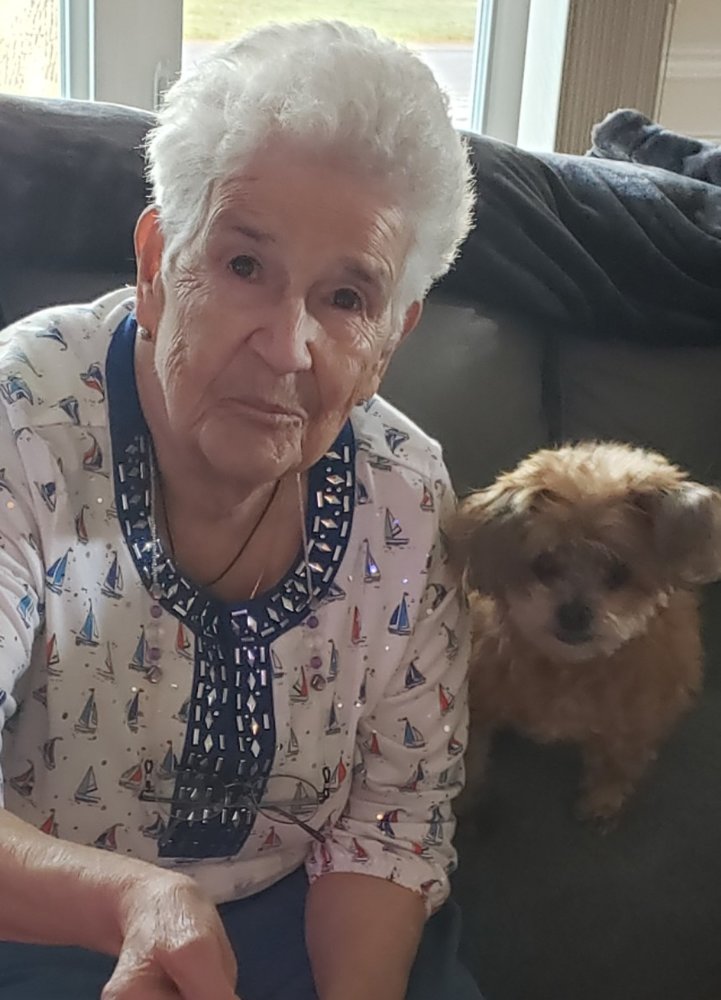 Please share a memory of Blanca "Rose" to include in a keepsake book for family and friends.
View Tribute Book

Visitation is Thursday, April 22nd from 4-6 PM at the funeral home, 15 West Ave., Spencerport where Rose's funeral service will also be celebrated at 6 PM.

In lieu of flowers, please consider making a donation to the Alzheimer's Association, https://www.alz.org/rochesterny in Rose's memory.

Blanca Martinez Melecio, Rose, as we all knew her, was born in 1934 in a very poor village outside of Dorado Puerto Rico.  Living in a small hut, with dirt floors, Rose slept each night on a mat. During her early years Rose ran through the sugar cane fields back and forth to school. Quite often her daily meals consisted of fish that she would catch, sugar cane, and a lot of coffee; and to this day there were two things that were non-negotiable; 1) that she would never eat tuna fish and 2) she needed coffee every day.

Rose’s sister Doris had left Puerto Rico when Rose was 6 years old.  Having no living parents Rose spent the next several years living with different families working on farms, plantations, or wherever life took her.  It wasn’t until years later that Rose’s sister Doris brought her stateside to live with her and her husband Lyman.

After Rose’s sister brought her stateside, she got her first pair of shoes. Rose lived with her sister Doris until she was 17 years old and then moved to a boarding house on University Avenue in Rochester, NY.

Rose got her first job at Genesee Hospital in the housekeeping department and also worked at a lounge across from the Rochester airport as a waitress. Due to living conditions in Puerto Rico during her early years, Rose was only able to complete elementary school. After working at Genesee Hospital Rose eventually got a job at Jay’s Diner where she worked for 40+ years.

Rose married Bob in May of 1958, they got married by the Justice of the Peace at the Justice’s house, it cost $50.00. Rose was living next door to Bob in a boarding house that Bob’s parents owned. Rose use to babysit Bob’s younger sisters and that is how they met.

Rose raised four children, Sandy, Robert, Beverly & David. Includes now 4 grandchildren, Joe, Jordan, Sophia and Vincenzo; and 3 great grandchildren, Julian, Liliana and Ryland.  Rose’s sister Doris is 97 years young living in Maryland and Rose’s two nieces, Ruth and Elizabeth live in Maryland and Florida. Rose, often times had relatives stay with her and her husband when they needed a little extra help. Despite growing up dirt poor, Rose had a big heart and would give you the shirt off her back; she was always there to help anyone who knocked on her door.

Rose always liked to have family at her house. Even though Bob did all the cooking, Rose never let a day go by without sharing food and laughter with someone. Rose was always the life of the party whether she was traveling with her children as they were growing up, or with her extended family as her children grew older. Rose was always ready to travel; be it by car, plane, Train, or cruise ship. She made friends wherever she traveled and quite often flirted with all the attractive men. She spent a great deal of time with her grandchildren and great grandchildren regardless of where they lived.

Rose loved a party, whether she was bowling, at church, on a cruise, or with her family and friends, the party never really began until Rose arrived. Her favorite TV shows were police shows but she especially enjoyed Matlock.  Anyone who ever met Rose would say that she always treated them like gold, she was happy and smiled even when things were tough, and she would give you her last dollar in her purse if you needed it.

You might wonder why everyone call Blanca, Rose. As the story goes, when Bob was in the service, he wrote a letter to Blanca one day. When the letter arrived in the mail, it was addressed to “Rose” not Blanca. When Bob returned, he told Rose he addressed it that way because he didn’t like the name Blanca, and so Rose it was.

To Rose, family was everything, she always put everyone else’s needs before her own. She was a wonderful woman, and we will all miss her dearly.