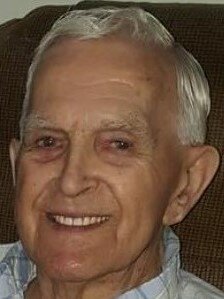 Joseph Xavier and Priscilla Clara welcomed their sixth child, Wally, to the world on August 14, 1931 in Tupper Lake, NY.

Wally was best known for his hair, style, whit, smile and loving heart. He was a devoted family man that will be most remembered for his detailed stories, carpentry, knowledge, his laugh and his dance moves.

Wally's Funeral Mass will be on Saturday, at 1PM, at St. John the Evangelist, 55 Martha St., Spencerport, NY. Interment to follow at Lakeview Cemetery.

In lieu of flowers, please consider donating to The American Cancer Society in Wally's memory.

Share Your Memory of
Wallace "Wally"
Upload Your Memory View All Memories
Be the first to upload a memory!
Share A Memory
Send Flowers