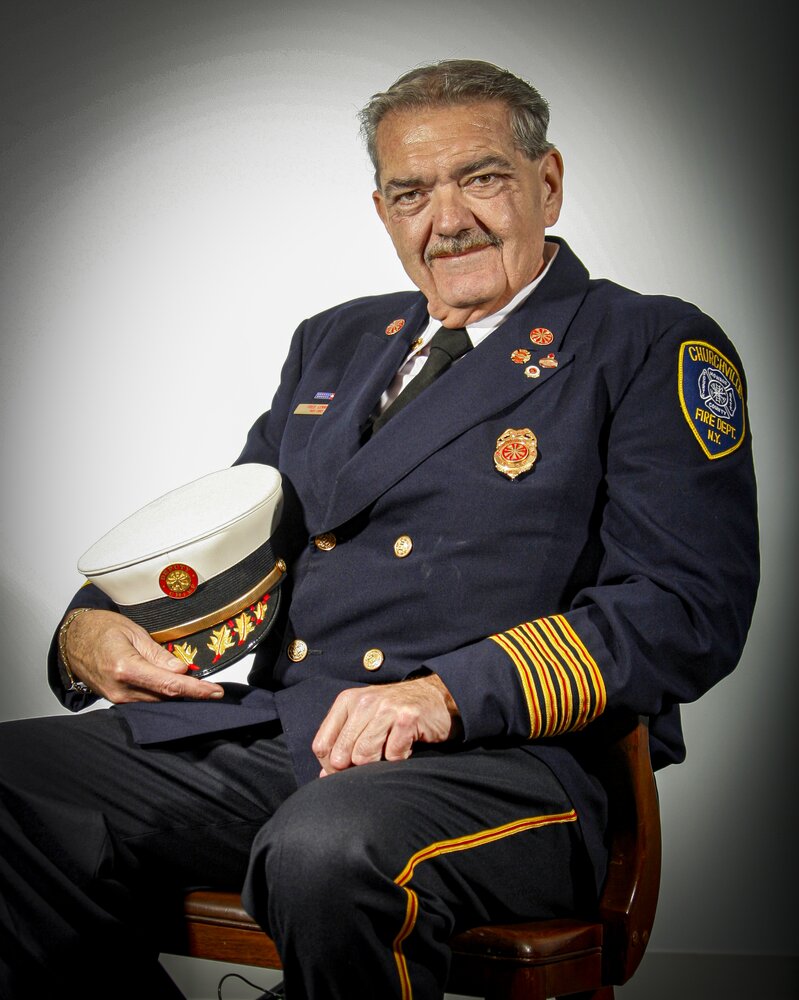 On October 20, 2021 at about 22:10 Chief Fred Lennon Sr completed his journey on this planet at home, peacefully, surrounded by his family. He was just shy of his 75th birthday and just completed 54 years of service to the Churchville Volunteer Fire Department. He spent his career at the Monroe County Sheriff's Office - Rochester, NY and upon retiring went to work guarding the federal building downtown. His last job was "Bull" in court for the Riga Town Court. I think he held every office at CFD except as President. He gave so much of himself to his wife, his kids, his grandkids and the community. He was instrumental in the completion of the new fire station. When he worked at the MCSO, he was detailed to Arthur Shawcross during his trial. You'd be hard pressed to find anyone in the fire service, especially on the west side that had not met him. If you didn't meet him, you probably heard him as he was usually the guy answering up for Churchville when a call came in. He was the epitome of a fire chief and a fine example of a man. He genuinely cared for people, was funny, and was looking forward to the next thing like getting the FD's website started - something he knew nothing about, but it got done. He was a proud man, his office is filled with memorabilia from his days here and the things he did.  Rest in Peace now chief, Your watch has ended.