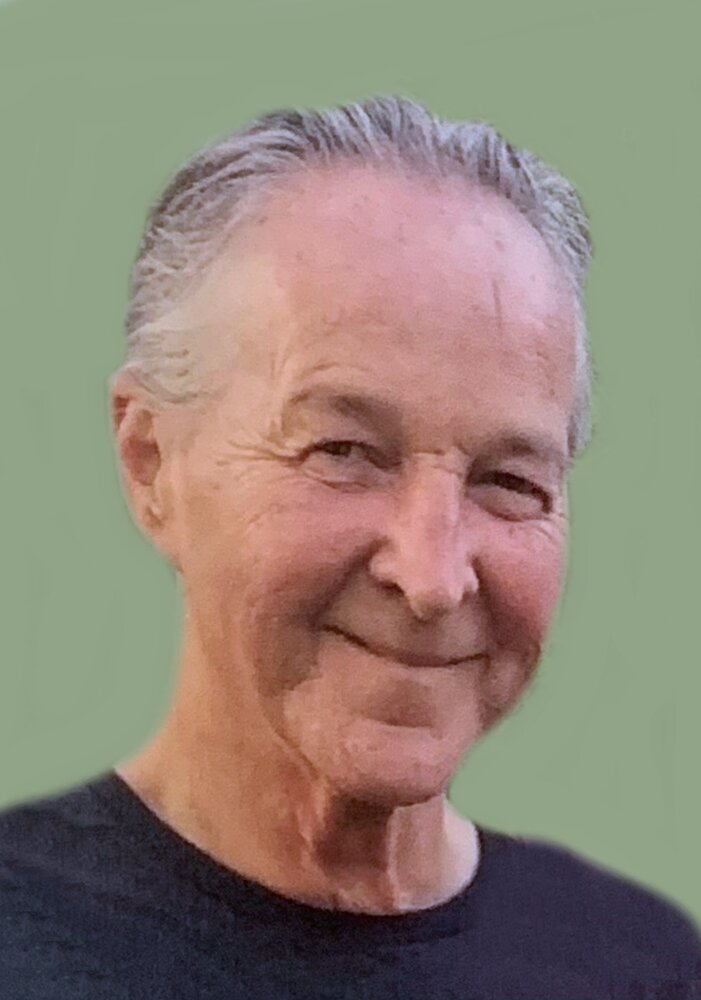 Please share a memory of Wm. to include in a keepsake book for family and friends.
View Tribute Book

Spencerport, Passed away on April 2, 2022, at the age of 69. He is predeceased by his parents, Wm. O. (Marilyn) Baldwin, Jr. He is survived by his loving wife, Peggy Baldwin; children, Wm. O. Baldwin, IV, and Rachel Baldwin; granddaughter, Roxanne Baldwin; brother, David (Patricia) Baldwin; several nieces, nephews, and cousins.

William's visitation will be held on Tuesday, April 12, from 4-7 PM at the funeral home, 15 West Avenue, Spencerport. His funeral service will be Wednesday at 11 AM at Spencerport Wesleyan Church, 2653 Nichols St. 14559. In lieu of flowers, donations may be directed to Sierra Club Foundation, by clicking here.

My Dad, William Owen Baldwin III transited from this realm and dropped his material body on April 2 of this year, at 7:39am, a Saturday, with his twin fire, his wife of 44 years, Peggy Baldwin.   He would have been 70 years old on April 6th 2022.

I knew him always to be a man who was wise, caring, patient, selfless, devoted, kind, and had a profoundly accurate moral compass from which I never knew him to sway from. He was a man of few words, but when he spoke, those who seek knowledge listened intently. He was genuine, generous, grateful, humble, calm, peaceful, profound in most every aspect of his being, and inherently seemed to understand and practice providing truly unconditional Love with all that he knew. The joy and Love that emerged from his being and emanated (and always will emanate) through the Universe, was, and is, pure. His acts of kindness never had any intention other than bringing joy to others and spreading Love.

Bill, people called him “Gig”, went to NYC in 1969 and lived in the East Village in a very low rent apartment. He and his friends, as I’m told, were on their way to Woodstock, but heard of the thruway congestion and said “heck with it, let’s go to New York City”, which they did, and it became his residence for at least a couple dozen months; I think he was 17 when he left. He hitched around the country and hopped freight trains. He lived a real life, and grew up during a simpler time, a true “analogue” man. He witnessed the technological span from transistor radios being cutting edge equipment, to a manufactured world of silicon being the accepted normal, and the societal changes that accompanied such things, but he remained true.

He married my Mom, and I came along, then Rachel , and he settled down and became a hard working provider of nourishment of all sorts. He built the foundation for not only a house, but a Loving home, for all of the family. This is a priceless gift which I cherish immensely, and which I hope that I can do my part to continue to nourish, nurture, and build upon. Aspects of this era of his life (which is when I knew him) seems to stand in rather stark contrast to the era I discussed earlier, when I imagine him freewheeling around as a vagabond of sorts; nobody dependent upon him but himself, which I’m sure allowed a different sense of freedom. I have immense respect for one individual being able to fulfill both of these “roles”, to know and taste true freedom, but to choose to devote oneself to another, and do so faithfully for the remainder of one’s days. This, my Father did, and he did so well.

My Dad and my Niece Roxanne were fortunate enough to spend 13 wonderful years together. She brought such joy to his life, and he to hers, just as he did for my sister and I many years ago. He must have been (and still is) very filled with joy and peace and fulfillment to see what a beautiful and wonderful young woman Roxanne has become, and I know he is, and will continue to be, very proud of her.

He had a very full life, and though it was cut shorter than we hoped, there was only a short period of suffering before passing. I wish he were still here, but I am offered comfort by the observation that everything in nature is cyclical; there are no beginnings or ends, so I assume it's reasonable to believe that this applies to the metaphysical as well. Since I believe consciousness to be the product of a divine spark (Soul), and not merely generated by the brain or body, I can apply that law to it as well. So I believe that just as seasons pass and day turns to night to day, his Soul continues on a journey of some sort, perhaps inhabiting a terrestrial body again, as spoken of with reincarnation, or perhaps something ineffable. I'm not sure exactly what happens, but it offers me peace that I feel something does. He was a great man, a great Soul. He will be rewarded for his Karma. I know, but still pray, that the path his Soul now takes is kind, peaceful, comforting, insightful, Loving, joyous, and prosperous; a beautiful link in an unbroken chain.

I Love You Dad. I’m gonna miss ya. Thank you for everything, the Love, the home, the advice, and the joy you brought me and the family. Thank you also everyone who has been here for the family and I, bringing food, or just talking. Every one of you has a unique perspective on the matter, and I appreciate every single one. Thank you family, Whitaker and Baldwin sides (and also those who can’t be tied by blood) for being here at this time.

We must strive to spend every day as if it were our last, and seize the opportunity to spread love amongst one another at all opportunities.

I Love you all.

Sentiments of his family of a life well lived