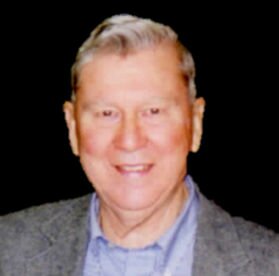 Obituary of Joseph B. Laws

Please share a memory of Joseph to include in a keepsake book for family and friends.
View Tribute Book

Joseph better known as Joe or Bernie grew up on a farm on Keuka Lake and loved visiting that area often for fishing, canoeing, picnics, hikes, and a nice drive around the lake.

Joe served in the U.S. Army during World War II in the 299th Combat Engineers Battalion, Company “C” from 1943 through the end of 1945 in the European Theater.  His company was the first to land on Omaha Beach on D-day and they lost 33 men that day, a number Joe and his comrades would never forget.  He served in all five European campaigns, including the Battle of the Bulge.  The friendship of his surviving army comrades was a source of great joy in his life over the years and they continued to maintain their friendships through the years.  He lost his brother Bill, a paratrooper in the 82nd Airborne Division 505th Regiment, from injuries sustained on D-day, a huge loss to him.

After the war, Joe went on to college and graduated from Roberts Wesleyan College with a degree in accounting.  He initially taught business classes and later went on to work at Olin Chemicals as an Accountant.  He went back to school to learn Computer Programming.  He volunteered for many years at Lakeside Memorial Hospital in Brockport, after he retired.

Joe was a sweet and kind husband, father, and grandfather.  He was very thoughtful and kept his advice to a minimum but imparted his words of wisdom when he thought it would be helpful.  He loved animals, especially his dogs.  He loved woodworking projects, fishing, golfing, cars, reading, canoeing, biking, hiking, and learning new things.

The family would like to extend special thanks to neighbors Dennis and Jeanette Ryder and the caring staff at Spencerport/Gates Volunteer Ambulance, the Spencerport Volunteer Firemen, Ogden, and Monroe County police officers, Unity Hospital, McCormick TCC, and Rochester Regional Health Hospice for their care of him.