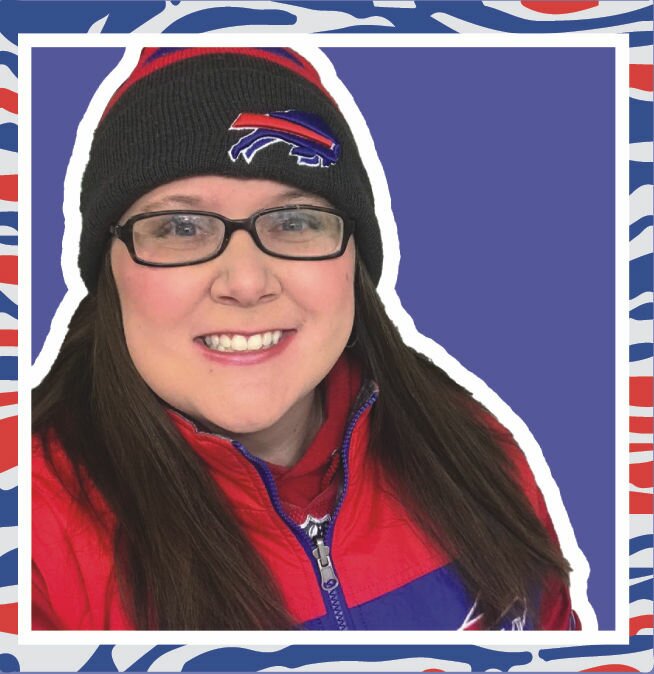 Please share a memory of Heather to include in a keepsake book for family and friends.
View Tribute Book

All Services were held privately. In lieu of flowers, donations may be sent to Buffalo Bills Foundation, Huddle for Hunger, 1 Bills Dr., Orchard Park, NY 14127 in Heather's memory.

Remembering the Life of Heather Dorofy

Heather was born on May 21, 1988 to parents Dave and Joanne Dorofy. Although surely her parents had anticipated giving birth at the hospital, Heather had other plans. Instead, she arrived in the ambulance just as it was passing the Mount Read Boulevard exit of 490. Dave and Joanne had met while working at Kodak, and their family’s story began. The couple would have two children: first Jason, then Heather. The Dorofy family was also joined by a beloved mother-daughter pair of cocker spaniels (Coco and Muggsie).

In her youth, Heather was a student at Terry A. Taylor Elementary School and EJ Wilson High School, both in Spencerport. She excelled at Tennis and Lacrosse in high school and went on to further her education at Canisius College in Buffalo where she earned her bachelor’s degree in Graphic Design and Communications. She was a hard worker and stubborn in the face of any challenge.

Heather treasured her friends: Tiffany, Julie, Maryanne, Alexa, and many, many others. She enjoyed the Office, Friends, Survivor, and (most of all) the Buffalo Bills. As much as Heather liked watching sports, she liked playing them, too. In fact, she played kickball with her friends in the Kickball League of Rochester two nights per week.

Heather had a big heart and she put everyone else before herself. If she saw someone struggling, she helped them out no matter what kind of day she was having. She will be deeply missed by the many people whose lives she touched, and she will be remembered with love for her thoughtful, loyal, and caring personality.