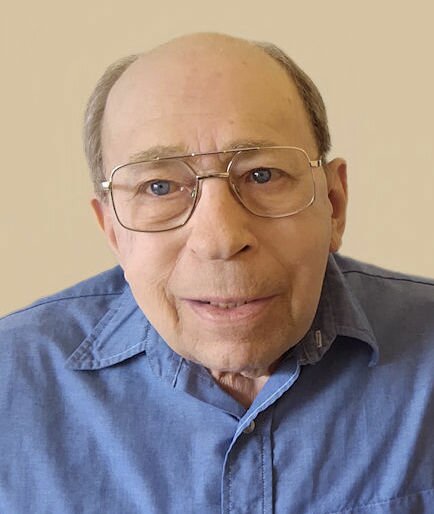 Please share a memory of Francis J. to include in a keepsake book for family and friends.
View Tribute Book

CHURCHVILLE: Age 85. Francis was a 30-year employee of Taylor Instrument/Sybron Corporation, and a 10-year employee at Churchville Elementary School as their Head Custodian.

He is survived by his loving daughters, Jacqueline (Tom) Wittick of Downingtown, PA, and Diane (Dwain) Gratton, of Churchville, NY, grandchildren, Patrick Wittick and Jennifer Wittick.  He is also survived by his sister Dorothy (Philip) Evans; sisters-in-law Nancy Kohlman and Doris Kohlman, and many nieces and nephews.

In lieu of flowers, please consider a donation in our father’s memory to UR Medicine Hospice, 2180 Empire Blvd., Webster, NY 14580 or the Churchville Volunteer Fire Dept., 24 Washington Street, Churchville, NY 14428.

Fran was born on Washington St. in Churchville, the fourth of five children. His father died when Fran was in his teens, and he learned the value of hard work by watching his mother raise 5 children on her own.

Fran attended RIT and became a certified machinist.  During his career at Taylor Instrument, he made precision parts for barometers, thermometers, and other weather instruments.  He was the original 1- 800 – handyman! He could fix everything and make anything, and put those skills to good use during his 10 year career as the head custodian at Churchville Elementary School.  Fran treated the building and staff as an extension of his home; If someone needed a bookshelf he built it, and if something needed a repair, he knew just how to fix it.

He was meticulous! He labeled and documented everything, which has made life easier for us.  He labeled all 67 jars of screws, took copious notes about phone calls, and made notes on original parts boxes that would tell us if the part inside was really the new one, or the old one, just in case he could reuse it in another project.

Fran had closets full of plaid flannel shirts, and plaid casual shirts.  He never wore a T-shirt or sneakers, even though we tried to buy them for him.  He always preferred black casual shoes or work boots, and a button-down shirt from his plaid collection.  A dear friend coined the term “Frannel” to describe the shirts dad wore.

Dad let our mother have the “nice” family car, usually the Chevy Impala or Caprice.  He drove the small “stick shift” cars, those with better gas mileage and often needing the most repair.  We fondly remember two Volkswagen beetles.  One was metallic blue with a Trix bunny rabbit on the back of it, and another that didn’t have the best heat, so he rigged up some pool hose to allow more heat to travel from the back of the car where the engine was to the front of the car.

He never made excuses and faced all challenges head on. He cared for our mother, Peggy, at home, for close to 2 years as she battled numerous health issues.  After her passing in 2008, he continued to cook, clean, and maintain his home independently until he was in his early 80’s.

Fran was also an avid deer hunter, and Indy car enthusiast.  He had an amazing appetite!  Fran ate meals as if he was a bottomless pit!  Relatives were often surprised at just how much he could eat in one sitting. He enjoyed peanut butter and butter sandwiches dipped in milk, thuringer, and olive loaf sandwiches.  He took those sandwiches to work, wrapped in wax paper, in the same brown paper lunch bag for several years. Why throw things out if they are usable?  He always had a pack of Beemans gum in his pocket.

He was a quiet man who loved his family, especially his wife of 48 years, Peggy, his daughters, his grandchildren and grand dogs.