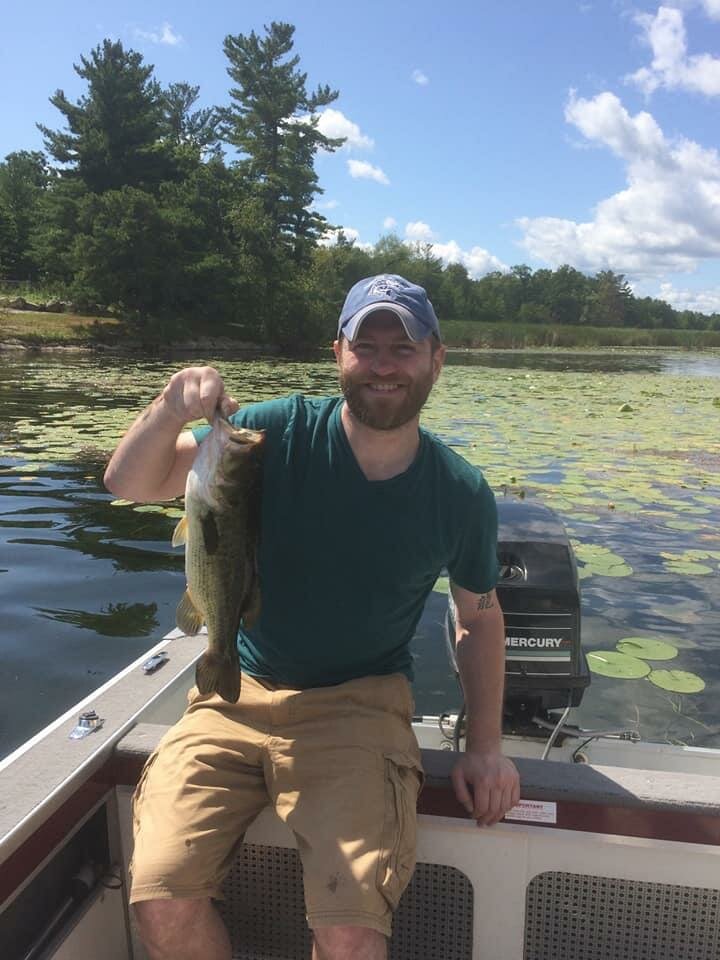 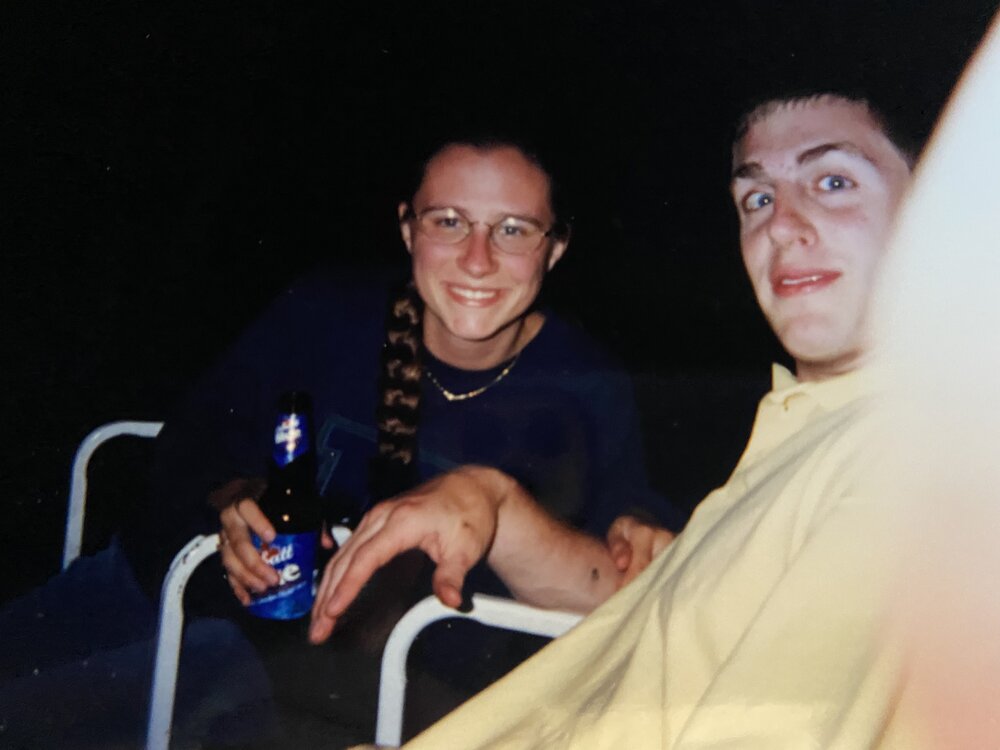 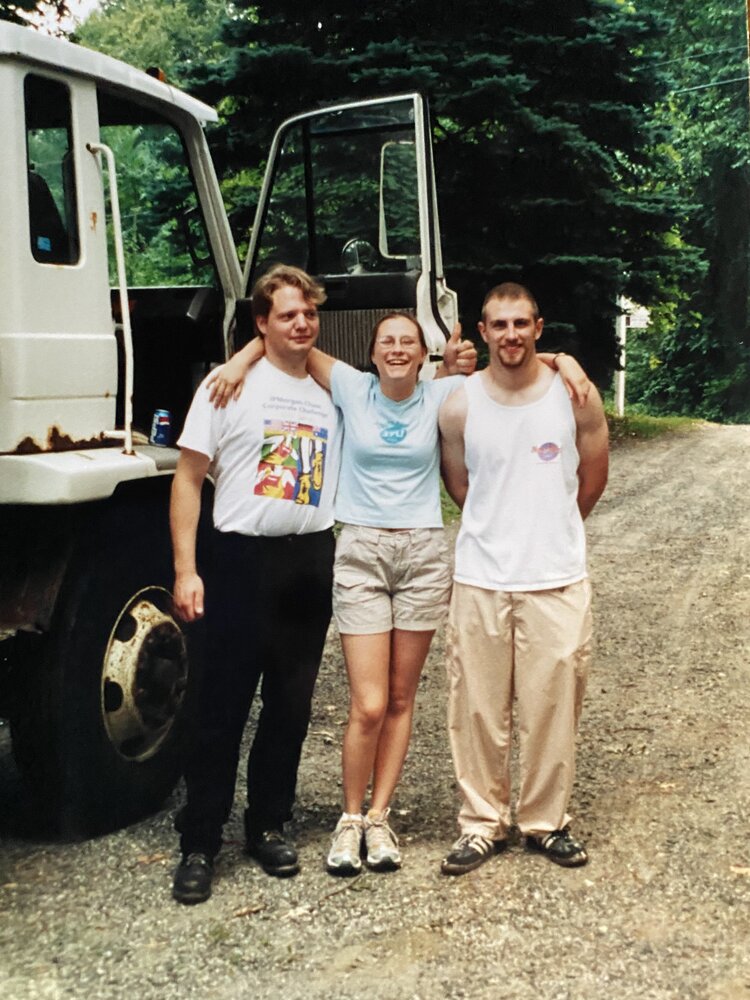 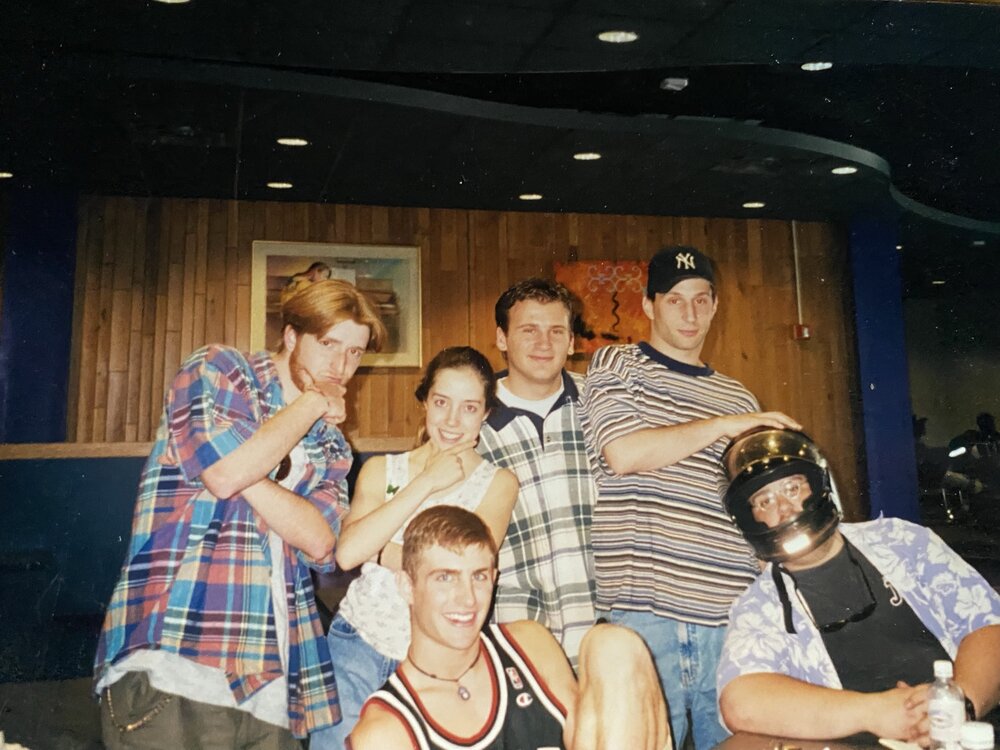 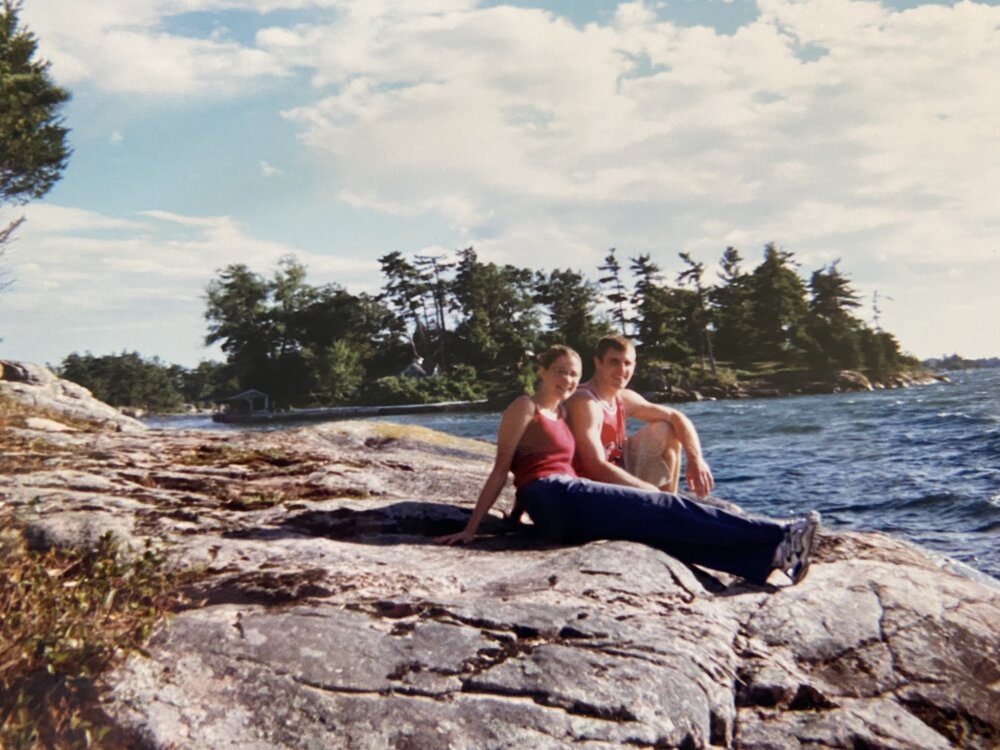 + 1
My heart is broken as I learned the news yesterday. Our MCC family is sad. You will always hold a special piece of my heart even though we hadn’t connected, except on Facebook, for years. I wish we had all gotten together last year when we had mentioned it. Love you forever and sending you one last ginormous hug.
Please wait
Share Comment
T
Tricia Gonzalez Johnson uploaded photo(s)
/public-file/2875/Ultra/b669fb01-d3c1-4140-9d11-51ee844b848d.jpeg 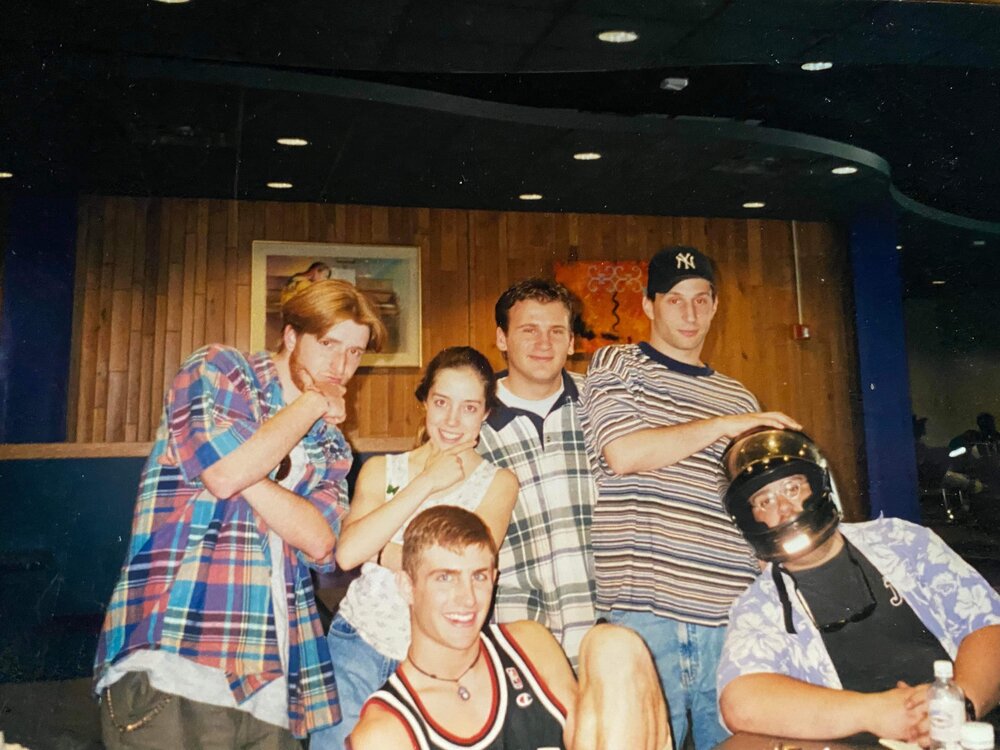 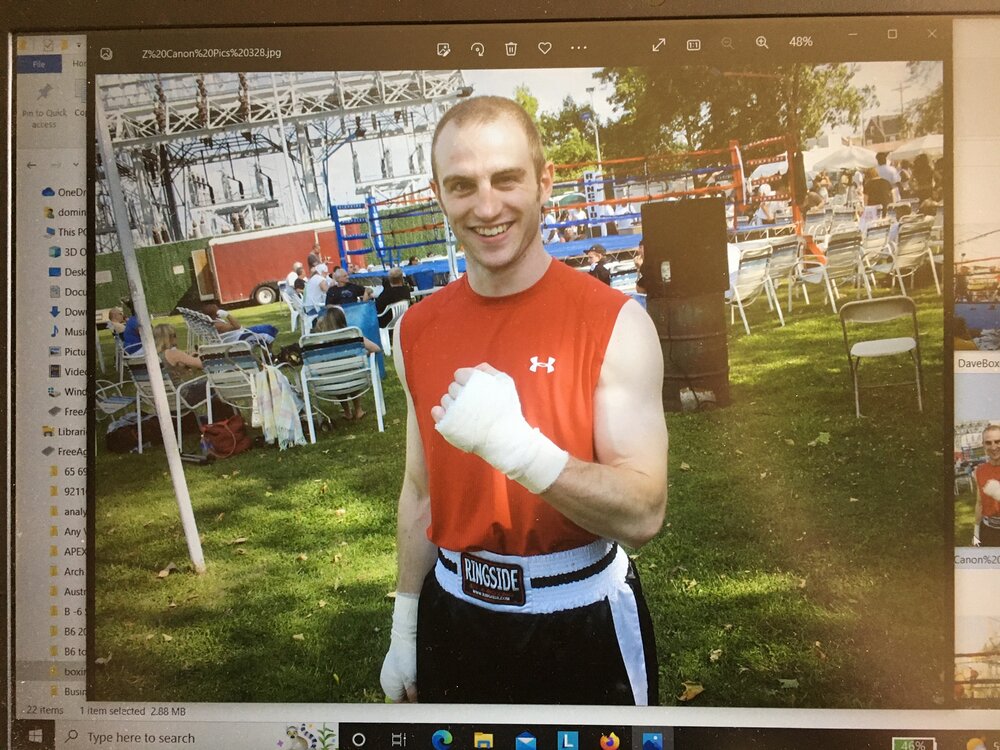 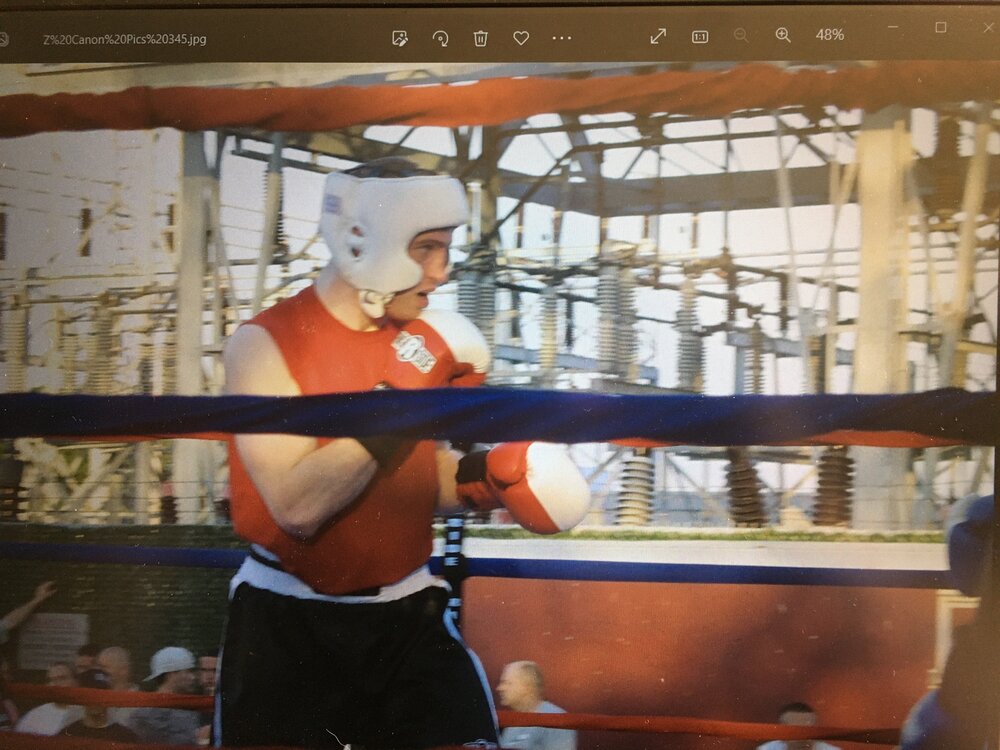 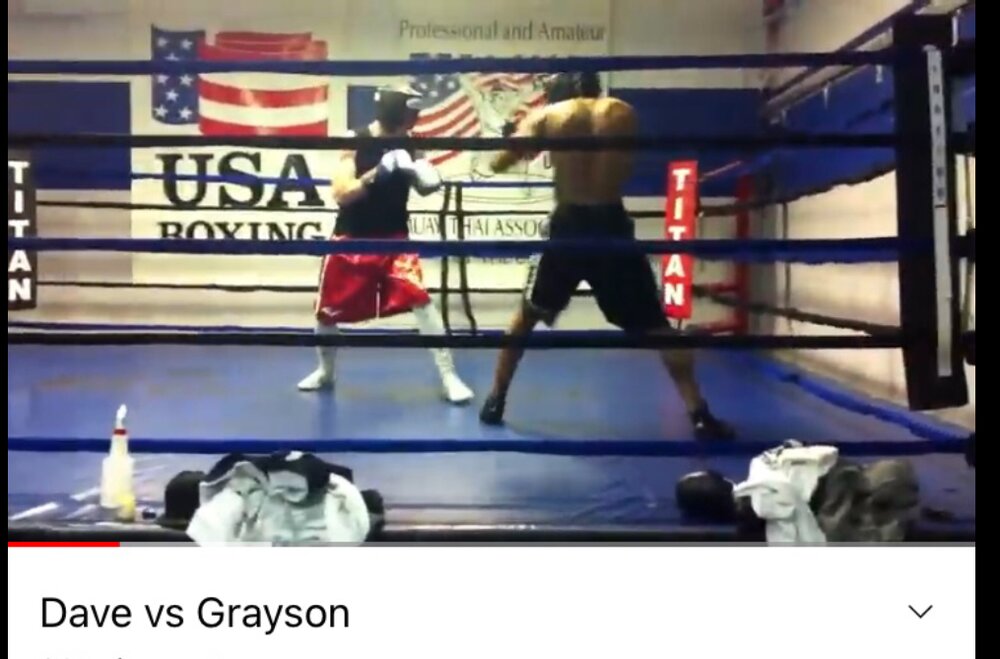 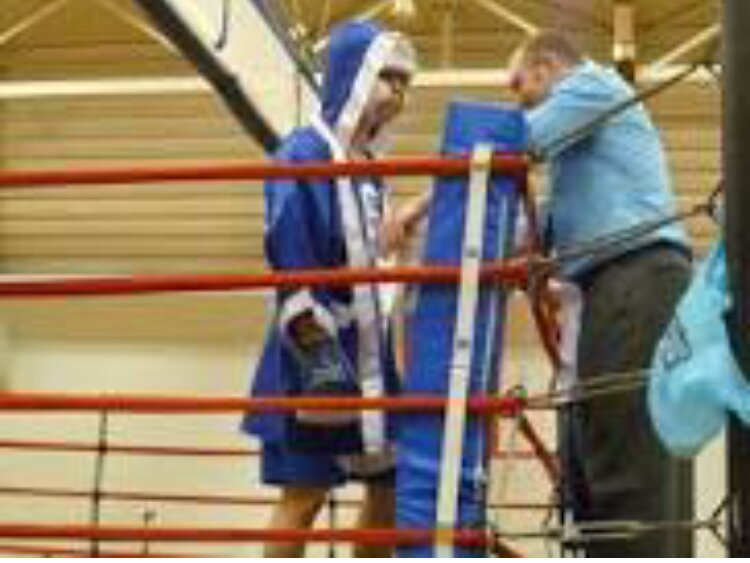 + 6
Boxing was part of Dave’s life since 2003 when he moved from Oregon State to Penn State to start working on his PhD in Geology. He walked into Titan Fitness, a boxing/MMA gym in downtown State College . He discovered he was pretty good at boxing. Before long he met some Penn State boxers. They asked him to join the team as assistant to Jack Rohrabaugh, and he did so. While coaching he also competed, going 10-10 in the amateur class and 1-0 in the expert class. He would not have his boxers do something he hadn’t done himself. After a couple years Dave and Jack became co-coaches. When Jack retired Dave became head coach. He recorded his boxers’ bouts and reviewed with them, pointing out where they could improve. When Osahon Omo-Osagie (Os) came into the program as assistant coach the team became competitive nationally. Dave and Os became best of friends In 2013 Dave turned the team over to Os and the team remained very competitive. Ten years later Dave got back into coaching, here in Rochester. He was excited about the local talent, spending time at a gym operated by a high school friend. Below are a few pictures of Dave as a competitor, coach, and sparring partner.
Please wait
Share Comment
J
Jish posted a condolence
Missing you today Dave
Please wait
Share Comment
D
Derrick Armold posted a condolence
I haven’t been able to talk to Dave for at least 10 years. This hit me as hard as I have ever felt. Dave was the best coach I have ever known and genuinely one of the best people I have ever met. I feel the deepest sympathy for his parents and the utmost gratitude as one of his students. All these years have passed and I want it to be known that he was my coach, a good man, and a real human being for all the sorrow he must have felt. His team will always support him and we wish his family the best.
Please wait
Share Comment
K
Kristy Anderson posted a condolence
My deepest condolences on your loss. Dave was a wonderful human with a smile that would light up the room.
Please wait
Share Comment
J
Joh Sodeman posted a condolence
I always remember how we use to go race our radio controlled cars. Till we meet to go race again….Mr. S
Please wait
Share Comment
Z
Zippy posted a condolence
Dave, I'm really gonna miss you man.
Please wait
Share Comment
D
David Saeli posted a condolence
Our hearts break with yours for your loss. Please accept our condolences. Our prayers are with you for God's peace and comfort. David & Kathy Saeli
Please wait
Share Comment
D
The family of David A. Vacco uploaded a photo
/tribute-images/12729/Ultra/David-Vacco.jpg