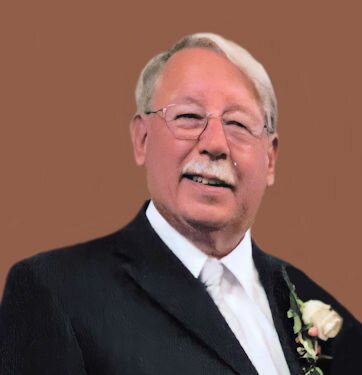 Please share a memory of Dale to include in a keepsake book for family and friends.
View Tribute Book

After graduating from high school, he joined the US Navy and worked as an Aviation Structural Mechanic in Texas.  After the Navy, he worked at Cessna Aircraft and Smith-Corona as an apprentice Instrument Maker and later received the Journeyman Model Maker NYS Certification.  He moved his family to Rochester to work for Eastman Kodak which later became ITT Space Systems, then Excelis Inc.  He ultimately retired from Harris Corp. in 2013.

In 2020 he was contracted by Boeing Company supporting NASA and the Artemis rocket in Louisiana and Florida.  Dale loved his job as much as he enjoyed his hobbies. Rochester General Hospital was his hospital of choice and regularly donated in support of the hospital.

Dale was a member of the American Legion and the Northstar Sportsman Club.  His hobbies included woodworking, NASCAR, and auto mechanics, which of course must include those beautiful classic cars and motorcycles. He was a Buffalo Bills fan, enjoyed target shooting, and loved traveling with his family.

In lieu of flowers, you may donate to Rochester General Hospital at 1425 Portland Ave., Rochester NY 14621.

An Irish wake for Dale will also be held on Sunday, November 6 from 2-6 pm at Clutch on the Canal, 94 S. Union St., Spencerport.
Online Memory & Photo Sharing Event
Online Event
About this Event