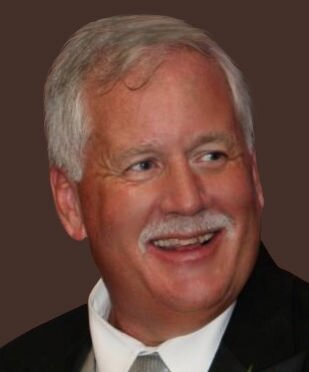 Please share a memory of Lee to include in a keepsake book for family and friends.
View Tribute Book

Visitation for Lee will be held on Friday, November 11 from 4-7 pm, with a funeral service at 7 pm at the funeral home, 15 West Ave., Spencerport.

In lieu of flowers, you may donate in Lee's memory to the Aurora House, 2495 S. Union St., Spencerport NY 14559, aurorahousewmc.com/contributing or to Foodlink, PO Box 60766 Rochester NY 14606, foodlinkny.org/donate.

Lee Stuart Boughter started his life journey on August 28th, 1953 with his parents, Dick and Peggy Boughter. He soon became a big brother to Gary, and quickly realized it would be no easy task. At the age of 2, Lee, along with his mom and brother, flew over to Germany to reunite with his father, who was serving in the Korean War. Before returning to the states, Lee was now a big brother to Gary and Laurie. Settling in Spencerport, Lee was an active child and played sports throughout his entire school career, including soccer and baseball. Just a week after Lee left for college in Ashland, Ohio, he met the love of his life, Patti and the family story began. He worked at Eastman Kodak for 34 years as a chemist and safety director, as he built his family to include his son Colin and daughter Brooke. Lee continued to live in Spencerport and sent them through the same school district that he attended. As the years passed by he strived to make every sporting contest that his children were involved in. So proud of his children, he watched both get married to their wonderful spouses, Tracy Boughter and Chris Elnicky.

Lee was an avid golfer, hunter, and fisherman, meeting so many special friends that he has had throughout his life. A special moment happened when Lee, along with his wife and sister, had the opportunity to play Pebble Beach, it was a dream come true. The highlight of his life, besides his wife and kids, were his grandchildren. Lillianna and Caiden Boughter and Teagan and Keane Elnicky. The four of them could make Pop Pop have the biggest smile and his love for them was so deep. He continued his love of spectating as each of them became involved in sports and school activities. When retirement happened, his schedule continued to be busy as he went to all of their events and loved every minute. Fun times included a yearly family Cape Cod trip, to Florida and numerous other family gatherings that always kept his family close.

Even after being diagnosed, opportunities that involved his kids or grandkids became his happiest moments and he never let the disease stand in the way until his very last days. Lee fought hard and made the journey as positive as he could, even though he never experienced good news. With the support of his wife, and family and the love that he received from his grandchildren, he fought for over 2 1/2 years not wanting to miss anything and always showing kindness.