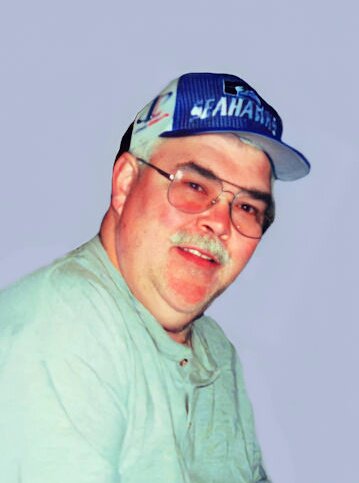 Please share a memory of Lynd to include in a keepsake book for family and friends.
View Tribute Book

Lynd is predeceased by his parents, George and Merion Hicks, his son Brian, and his sister Ruthann Hassett.

He is survived by his wife of 35 years, Donna Bauer-Hicks; his children, Timothy (Corlis) Hicks, Stacie (Alex) Miller, and Michael Evan Hicks; and his brother-in-law, Donald Hassett. He has several grandchildren, nieces, nephews, and cousins. He also leaves a very dear friend (from his grammar school years) and lunchmate, Ann Marie Gala.

Lynd worked for his grandfather’s company, Hicks Home Heating and Air Conditioning for many years and then retired and went to work at the Seneca Park Zoo cooking at the café. He then moved on to Genesee Brewhouse and worked there for several years, first as a line cook and then as a prep cook, working alongside Frank.

He was a huge NASCAR fan, and his favorite driver was Dale Jarrett. He went to several different venues to see him drive. His favorite baseball team was the Chicago Cubs, following them since he was a young boy.  He also enjoyed watching the Seattle Seahawks and Florida Gators.

The fire service was one of his joys. He didn’t live too far from Station 2 Firehouse and was generally the first one there getting the truck ready to leave the building and go to the fire scene until he decided it was time to pass the torch to another. He then joined the Fire Police squad instead. Lynd loved working the carnival, working in the food stand cooking hots, hamburgers, and sausages. He then had the honor of cooking at the beer stand. He will certainly be looking down on the rest of the guys saying that they aren’t cooking it right.

His other joy was following his son, Michael in all the sports he was engaged in throughout the years. Lynd was an officer in the local Boys Baseball League for many years and helped coach his son’s group throughout the years. Lynd never missed a game, whether it was baseball, soccer, lacrosse, or Spencerport wrestling. He was always there, and if anything needed to be done, he would volunteer to help out. He was in the stands with the other parents rooting “Country” on.

Alzheimer’s is a terrible disease, and it took him way too early. But we know that he is looking down on us all with an arm around our shoulders keeping us safe.

Donations in Lynd’s memory may be made to the Spencerport Volunteer Firemen’s Association at 175 Lyell Ave, Spencerport NY 14559

Immediately following his funeral service, his family would appreciate everyone joining them for a luncheon at the Spencerport Exempts Club, 75 South Union St., Spencerport.
Online Memory & Photo Sharing Event
Online Event
About this Event