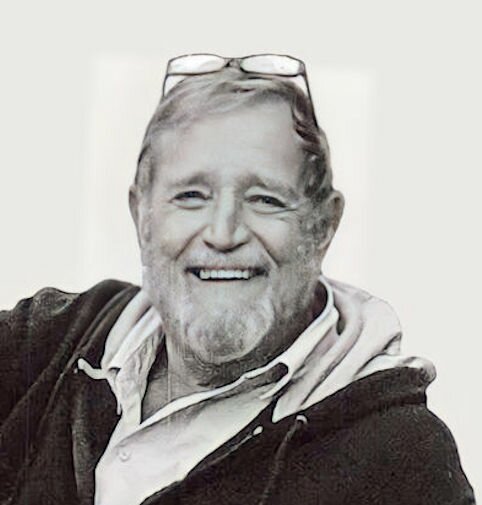 Doug's life story will be shared during his visitation, Wednesday, December 14th at the funeral home, from 5-8 PM, 15 West Avenue, Spencerport. His funeral service will begin Wednesday at 8PM.

In lieu of flowers, donations may be sent to Veterans Outreach Center, 447 South Ave., Rochester, NY 14620 in his memory.

This man has a magnetic aura, they are the people who command attention every time they walk into a room, not because they are the loudest or the best leaders, but they have that special something that draws us in. He was always full of life, active, spirited, outgoing, and always laughing, making all those around him feel accepted and loved. He was a real people person, he could talk to absolutely everyone and anyone. Mr. competitive charmer, was ALWAYS right, ball-buster, so sarcastic but with good intention... sometimes.

He loved baking in the sun up at our cottage in Canada, falling asleep on the golf cart or in a chair on the dock soaking up the sun for hours on end. His favorite sweet was ice cream, not just a small bowl but you know... he would be sneaky and take the whole tub and do what he loved to do, eat as much ice cream as he could without a care in the world. His favorite Canadian sweet was Ms. Garrets butter tarts, man he loved those. He loved those pedicures/manicure/spa days with his granddaughter (Alianna Brown) would sit there for a while talking, rubbing his feet/legs and his big grizzly bear back for an hour just to make sure he was feeling comfortable and okay even if it was just for a little bit and he loved every second of that. Every morning he would love to read the newspapers with his black coffee with 4 tablespoons of sugar, at night he loved staying up really late channel surfing by himself he did like his alone time. In his younger days he loved bartending, when his regulars came in, he would already have their drink on the bar before they even sat down. He made sure everyone was taken care of and made them feel special. He also loved driving his lawn mower into town to the closest Chinese restaurant and dollar store to buy up all the reading glasses, tape measures, and gummies they had in stock.

He didn't like people talking on cell phones /or cell phones at all, he would rather talk in person he didn't understand the cellular world. He HATED fast traffic going by our house, he had talked to the Ogden police department to put a speed sign up on our lawn and he would sit on his lawn mower outside by the speed sign with a broomstick and point at the speed sign and scream at people to slow down. Douglas did not like fat people, he was pretty plump himself but he always had something smart to say about someone's weight. He hated having to shower or bathe or even change his clothes. He always wore his yellow button-up shirt with his tan shorts he could wear those for weeks if it was up to him. He did not like pizza/bread, he would not eat it if it even if it was covered in gold.

His parents were Marian and Franklin Brown. His mom was a hairdresser and worked at a few beauty parlor shops in Spencerport. Dad was the regional manager at Continental baking for Wonder Bread in Utica.

Susan Brown was Franklin’s favorite. When Douglas was little, he was an instigator at home, he would stir the pot, then run and hide. A good bluffer too, good at faking you out.

He has four siblings, Shirley, Lance, Tony, and Geoff

He had many dogs while living on Union Street. On the hill, next to Pages. He had a rooster called "Henrietta", the rooster played the piano ... walked across the keys, and played songs for Douglas.

He went to grade school at Spencerport -until 7th grade then moved to Clayville, NY. In 1951 he played the viola in school in 4th grade. He went to high school at Sequait Valley for 12 years and his favorite activity was basketball.

In the early 60s, he worked for his father at Wonder Bread dumping flour, after that started working for one of his closest friends, Elliot Short at Mathews Ice-cream as a distributor. Then, later on, he was a Chateau ice-cream distributor and after that, he worked for the Spencerport Post office as a mail carrier for 43 years and also had a few inside jobs, of course, Bartending.

H was married to Susan J Brown, they met at Spencerport Bowl while Douglas was bartending and hit it off from there. Their wedding date was July 24, 1967

Elliot Short "Mano" was one of his closest friends, they met through "Mathews Ice-cream Parlor" owned by Elliot Short’s wife's family, Kristine Mathews, these 2 two did everything together from partying, trips, golfing, or even just coming over to the house to drink and socialize with the family since 1963. The Mercers are our chosen family that we were so blessed and lucky to have found to be in our lives for the last 4 decades. No amount of words can describe the love Brownie and our family has for these loving, caring treasured people. Since the 1980s the Mercers had been our neighbor and with all of our family shenanigans going on how could they resist the lure of Brownies’ magnetism, charisma, and charm on Loughborough Lake? And countless other people that favored Douglas Brown, it would take days to write all the people that he had loved and loved him. He touched many people's hearts immensely.

His favorite sayings were, “My darling my duck, come to my garden I’ll give you a flower",  "Don't know why there's no sun up in the sky stormy weather", and  "You son of a bitch"

His favorite things to watch were Forest Gump, MASH, Law & Order, and Jeopardy.

What was most important to him? People. To make sure everyone was taken care of and did as much as he could to make people feel loved and make people feel comfortable to really tell people it's okay to feel and express/show affection. His granddaughter Alianna, his wife Susan, his daughter Aimee, and his son Jeffery. Putting in all their love and efforts of care and love. Also, being a veteran, he was very proud. The VA (Veteran's outreach) was very helpful throughout the years of his illnesses.

What was most challenging to him? Losing his independence was very difficult for Brownie.

The person that had the biggest impact on his life?

Susan J. Brown, she was a caring, diligent, patient angel caring for her husband for many many tough years.

Five words to describe him?

“Life of the party”, loyal, macho, charming, and comical.

What is his legacy?

Teaching people how to hug, assuring people it's okay to love one another and have each other's back. Also, some may understand this, and some may not. He was the CANDYMAN/ICE CREAM MAN!

"You're my new best friend" - anyone Doug talked to.