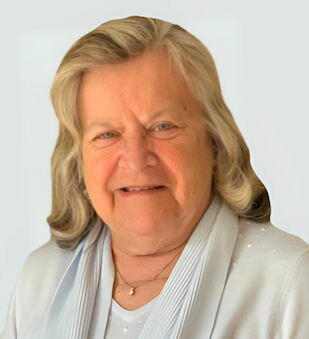 Obituary of Laila A. Smith

Laila was born on August 26, 1941, in Pawtucket, Rhode Island to Robert and Laila Palo.  Laila spent her childhood in Pawtucket becoming an accomplished accordionist under her parents’ tutelage and serving as an active member of the Order of the Rainbow For Girls.  Laila graduated from Tolman High School in 1959.

Laila met Ed in 1957 while working as a cashier at the First National Store in East Providence, RI.  Laila and Ed’s courtship included Laila being pinned by Ed outside her University of Rhode Island dorm (against the backdrop of Ed’s fraternity brothers singing “The Sweetheart at Sigma Chi”) and their engagement at Colt State Park in Bristol, RI by the water.  Laila and Ed were married on June 17th, 1961 at the Newman Congregational Church in Rumford, RI.

In 1962, Laila and Ed moved to Hilton, NY eventually settling in Spencerport, NY in 1964.  In 1971 Laila and Ed started camping with their friends at Bobs Lake in Ontario, Canada.  They enjoyed it so much they ultimately purchased Lot 76 and began their “do it yourself” cottage construction project in 1974.  The cottage expanded over several years and created countless special memories for their family. Laila earned her Bachelor of Science in Nursing from SUNY Brockport in 1976 and continued her career in nursing until 1998 when both she and Ed retired.

Laila and Ed enjoyed an active retirement that included spending summers at the cottage with their family and taking several special trips including Australia, Hawaii, Finland, Alaska, Aruba, western United States and many cruises.

Laila was a hard-working, creative, giving, supportive, caring and thoughtful woman.  She enjoyed creating special gifts for her family and friends, engaging in endless activities with her children and grandchildren, preparing favorite meals (and snacks), supporting Ed’s adventurous ideas, and keeping the bird and squirrel feeders well stocked.

One word that describes Laila exceptionally well is “Sisu” – which is drawn from her proud Finnish heritage and translates to “tenacity of purpose”.  Everything Laila did was done with excellence - as exemplified by her award-winning quilts, beautiful gardens and flower arrangements and graduating #1 in her nursing class while raising her four children.

Laila lived a wonderful and full life and will be deeply missed by her family and friends.  Her spirit will continue to live through all of us.

Calling hours will be on Saturday, January 21 from 1-3 pm at the funeral home, 15 West Ave., Spencerport, followed by a short service led by Pastor Mike Warren.

Should friends desire, memorial contributions may be sent to the Ronald McDonald House of Rochester NY at 333 Westmoreland Drive Rochester, NY 14620, or at https://rmhcrochester.org/